October 12th marks the 8th year of Oktoberfest in Buckeye! Originally, Oktoberfest was started in Bavaria, Germany more than 200 years ago. Who knows, maybe they had Sangria there? Traditional beer steins were part of the celebration. Over time steins became more ornate. A contest for the coolest beer stein is brewing at the 6th Street Plaza Sangria & Shopping Biergarten October 12th at 9 a.m. in Historic Downtown Buckeye, Arizona!

Look At My Stein Contest!

Jay Broadbent of the Powers-Leavitt Insurance, Rotary Club of Buckeye, Buckeye Elks and Buckeye Main Street Coalition gave us a peek at a few of his Anheuser-Busch steins. Jay started his collecting in 1979 which has grown to about 120 steins.

When I asked Jay why he started collecting steins he said, “I just enjoyed it and I was working for Budweiser at the time.”

Your stein should have a handle and a lid with a hinge.

Bill and Lin Horton made a big splash at Helzarockin’ Gem & Mineral Show last year! Misty Mountain is the name of their company and they arrived with a huge RV. I never thought I would ever care so much about EZUP tent anchor techniques. The Hortons are the masters of not only making beautiful jewelry with rocks and minerals but they know a lot about how to REALLY stake down a tent. Bill pulled out a stake that you could anchor a cruise ship with. I like that they are from Litchfield Park, practically neighbors for our West Valley Show coming up soon, October 11-13 of 2019.

What attracted you to live here in Litchfield Park, Arizona? Lin Horton:We wanted to move out of town with less traffic and crowds yet be relatively close to downtown.

When did you first start making jewelry? LH: Bill’s first rock show was the Pow wow in Quartzsite and ever since then he knew he wanted to be part of that world. 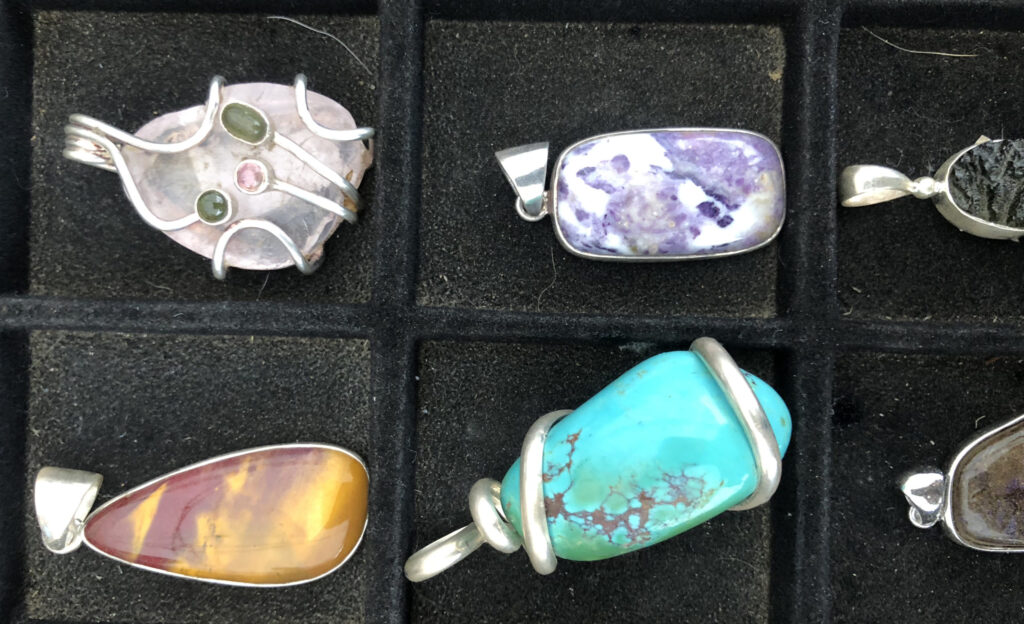 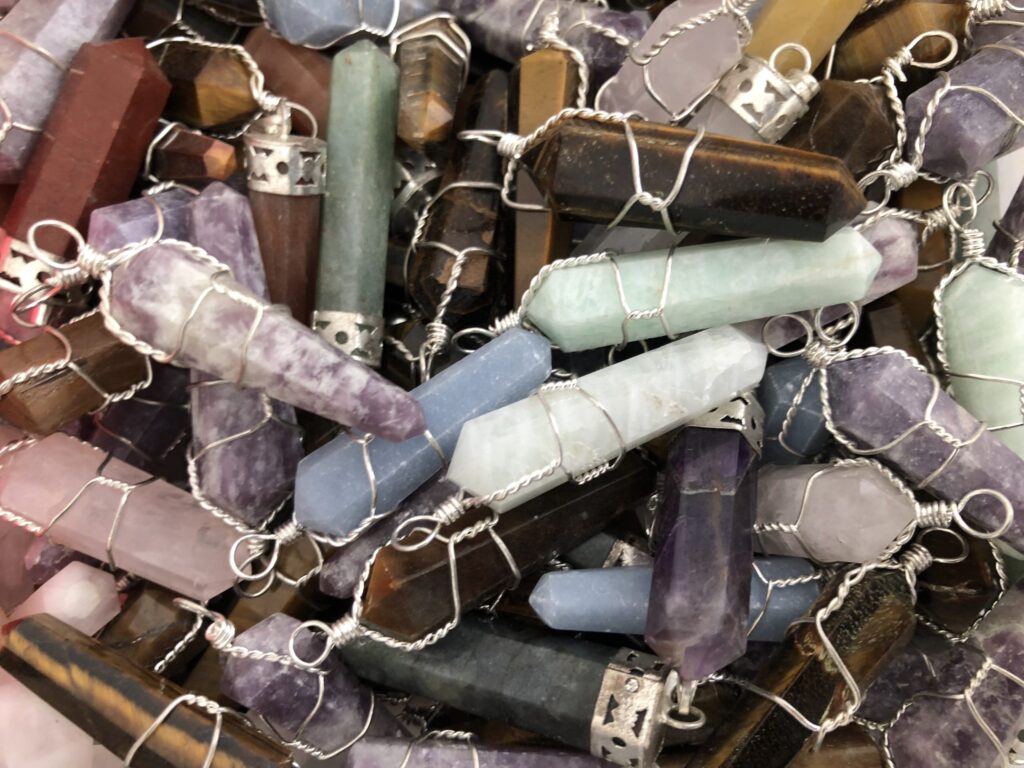 Who inspires you the most in the rock and gem world? LH: We both think the jewelry made by local craftsmen and jewelry found at the club shows are unique in both style and material