All Fired Up at Buckeye Days Bulls & Sheep 2017 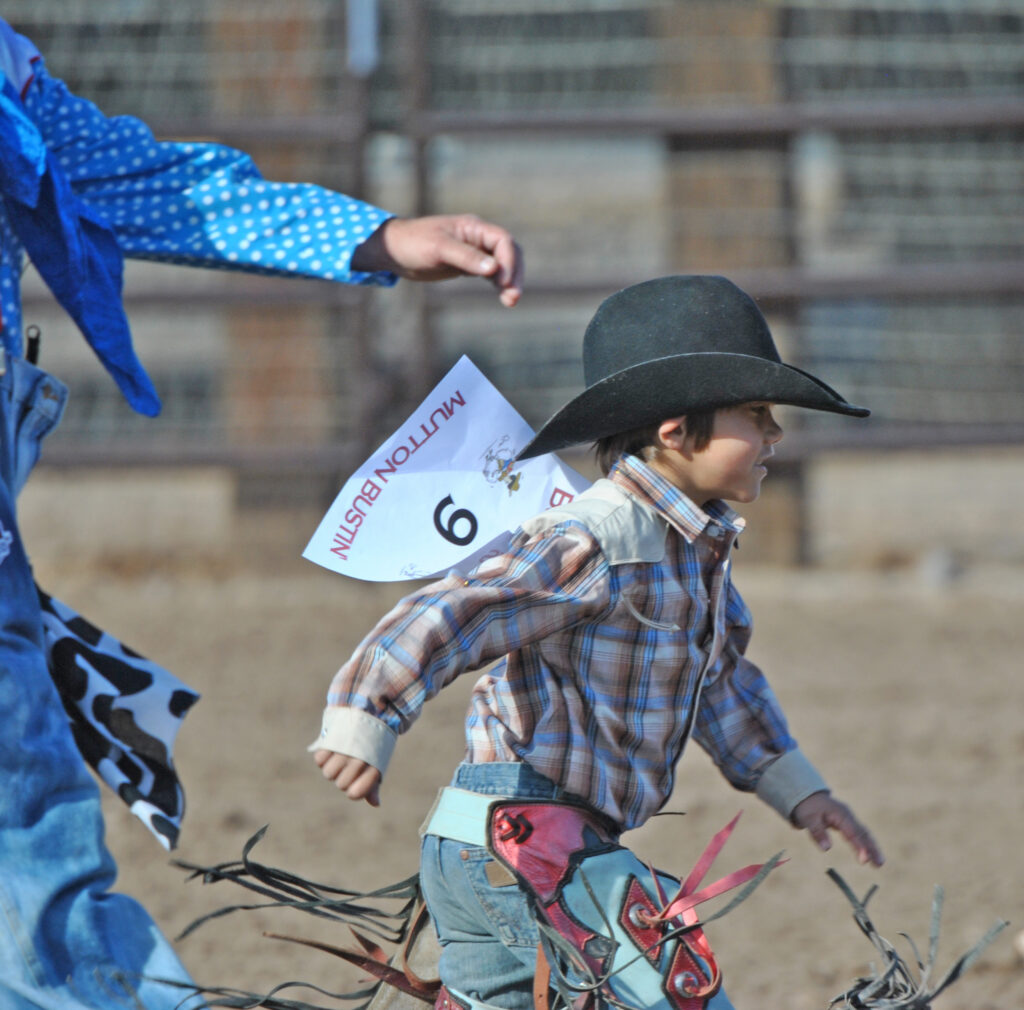 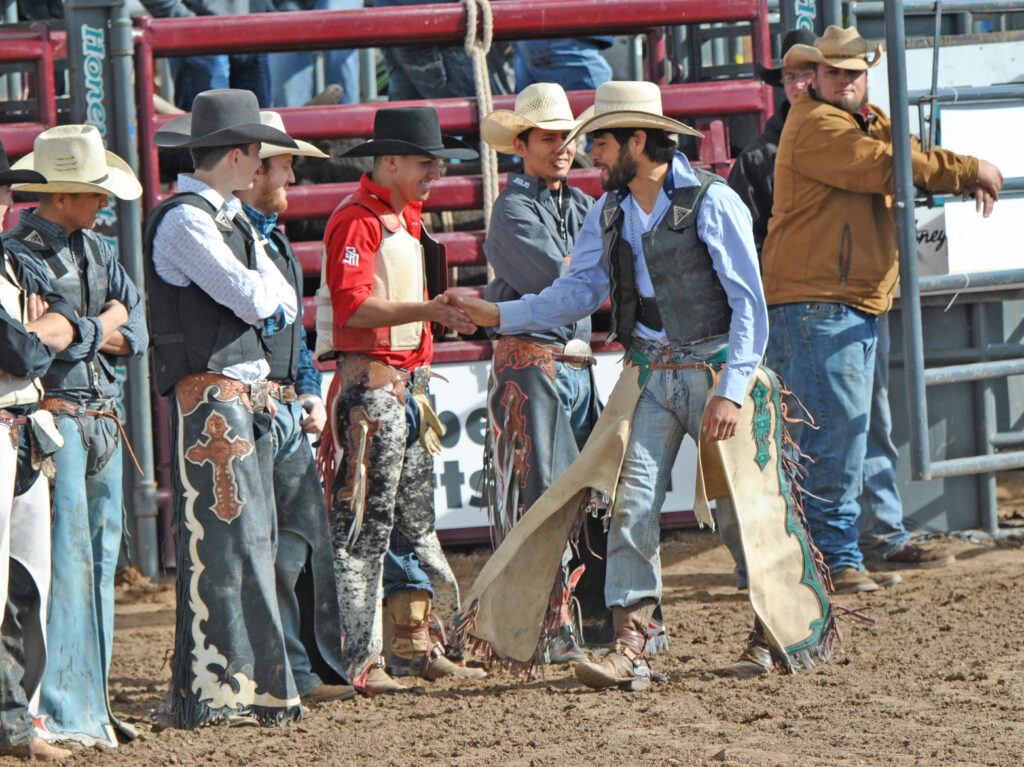 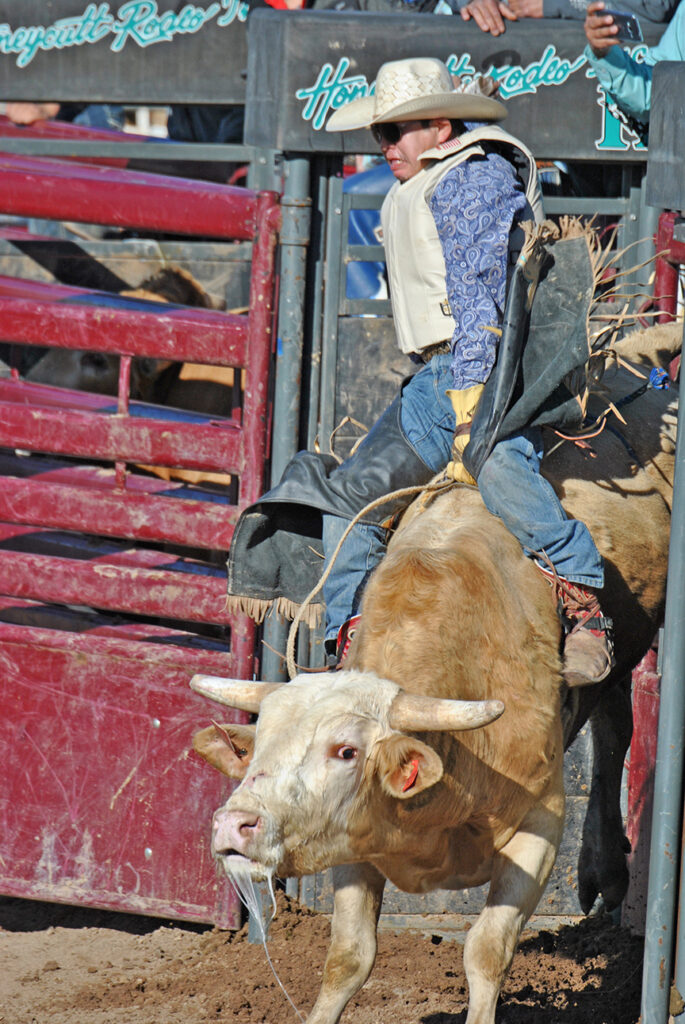 Strapped to a slobbery wild beast named “Turd Hurdler” or “Snake Snot” and ejected from a chute most riders looked like death, others made it look easy like Jorge Quinonez from Bloomington, California. Quinonez seemed relaxed arm straight up and the other holding on for life. Bull and rider working as one.  In the end, only 4 riders made 8 second cuts.  Clint Holcomb came out on top with a 81 score. Holcomb went toe to toe with a 1750 pound bounty bull named “Smokin’ Hot” but didn’t last 8 seconds, so rodeo fan Melina Maple won $500 dollars from Buckeye Main Street Coalition. 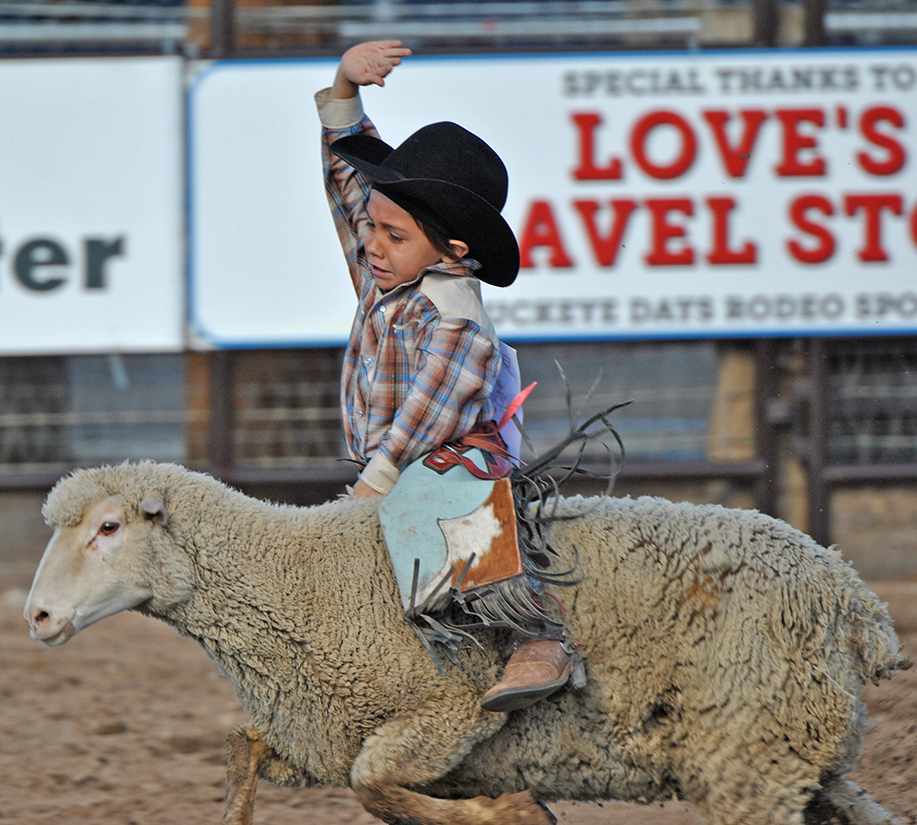 Mia Paco Littleton-Williams, Miss Rodeo Arizona Sweetheart 2017 ushered in the 7 and under club of Muttin’ Busters. Isaac Escobedo, 6 years old decked out in hat and chaps, captivated fans as he single handedly held on to the wool for 95 points. Jerry Honeycutt, owner of Honeycutt Rodeo remarked that if Escobedo returns as a bull rider in the future he will cover his entry fees! 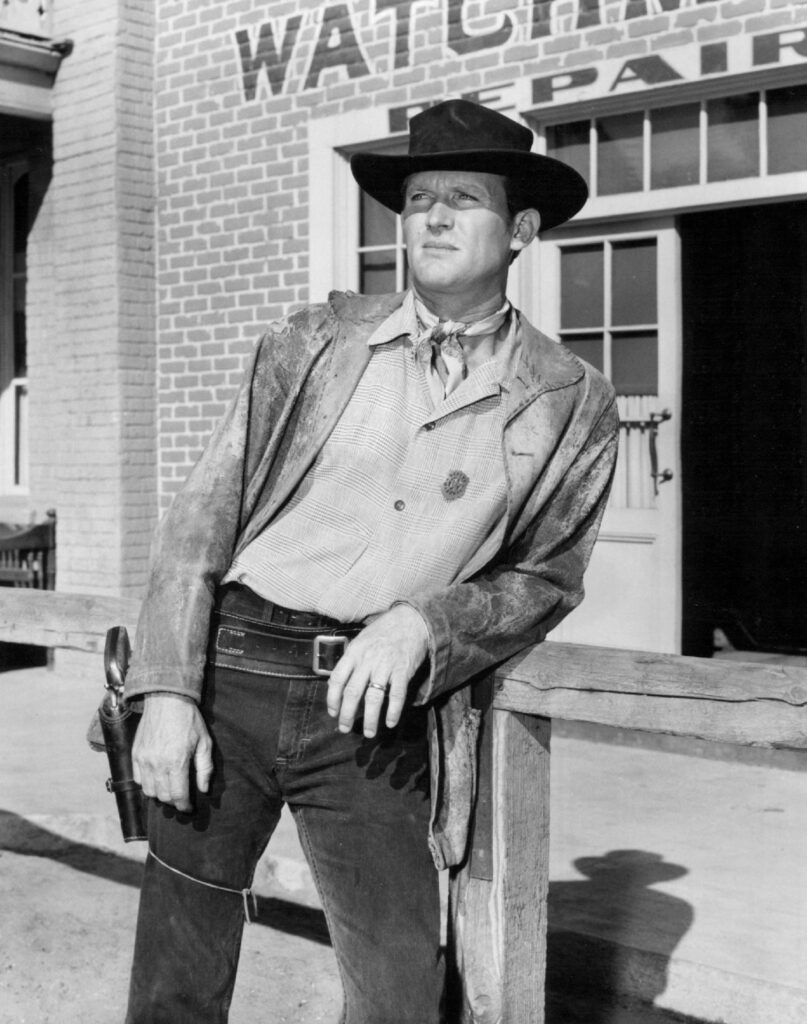