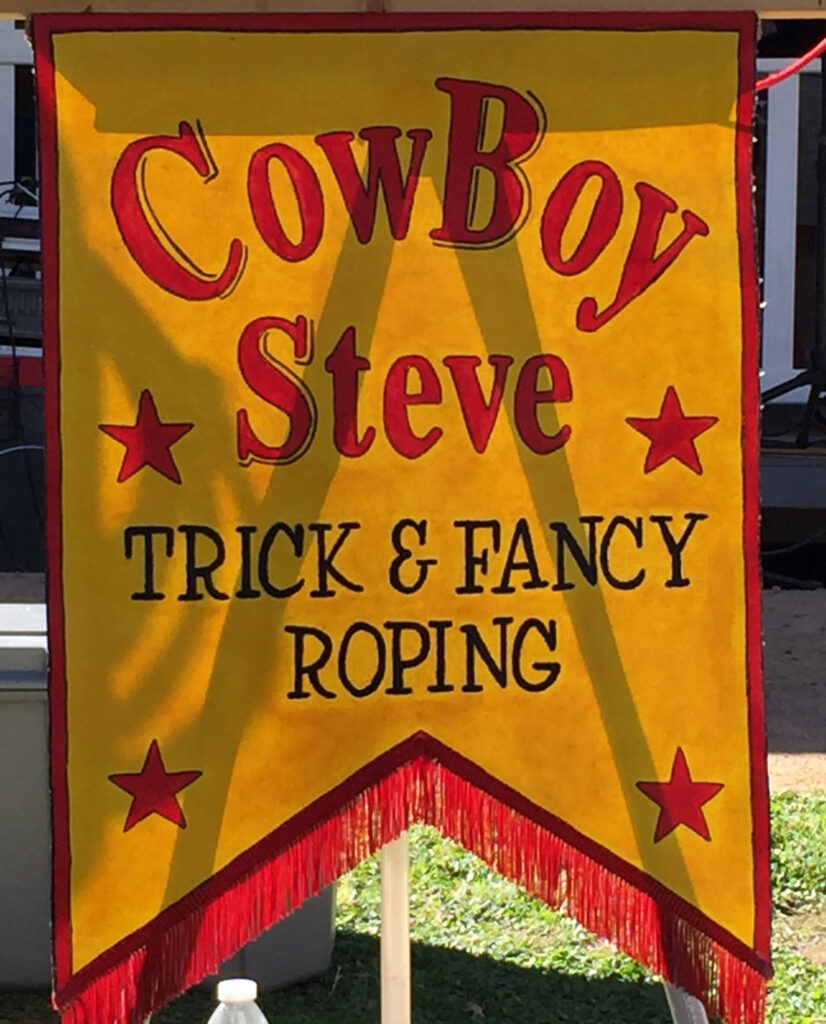 The sun was getting too intense so I crossed the canal, said “Howdy!” to the peacocks walking around in the shade of the citrus grove and headed over to see fancy trick roping. I quickly came to realize that the famous Cowboy Steve had a knack for picking the perfect volunteer. The little girl CS picked looked adorable in the huge red foam floppy cowboy hat CS crowned her with. He gave her a lasso and had her going pretty well, then told her he was going to leave and she would have to carry the show for the next 30 minutes. She smiled in a knowing way. He gave her the lasso for keeps. 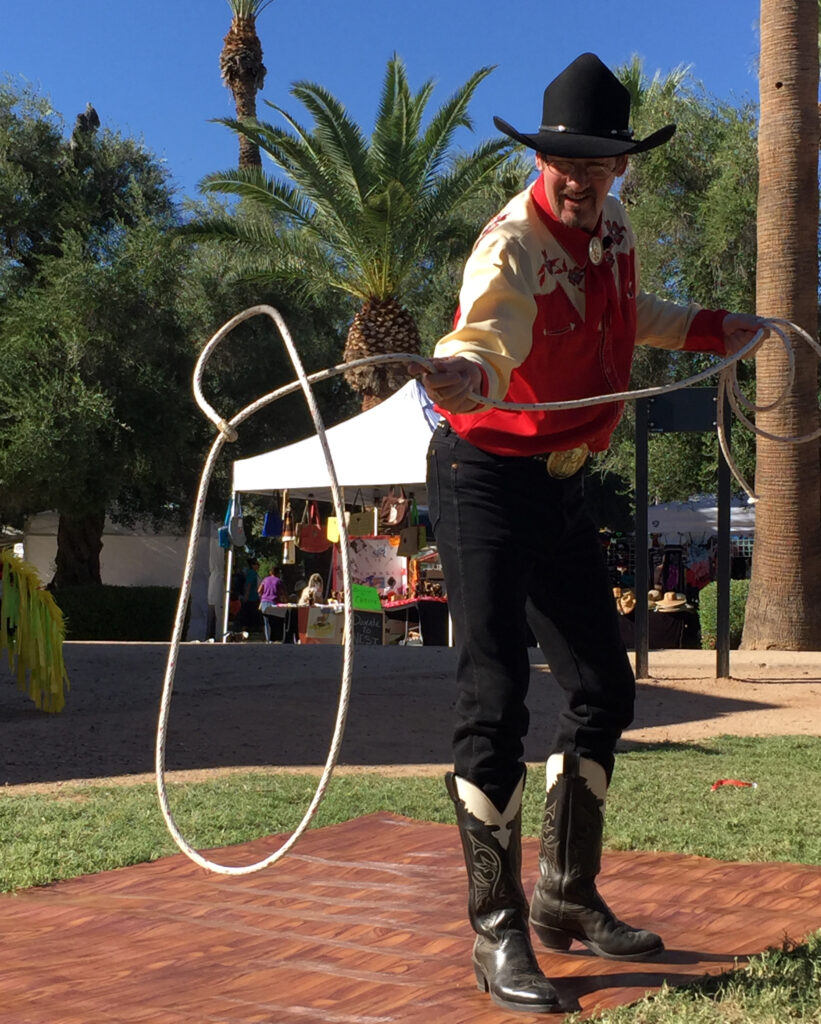 The next volunteer CS called on was a woman seated on the grass with light brown hair with a shade of violet. She didn’t want to go but her friend sitting next to her pointed and shouted at CS. Some friend huh? Let’s just call her Violet since we will never know her name. Once in front of the crowds Violet glanced back at her friend seated on the ground like “Thanks a lot she-devil!” 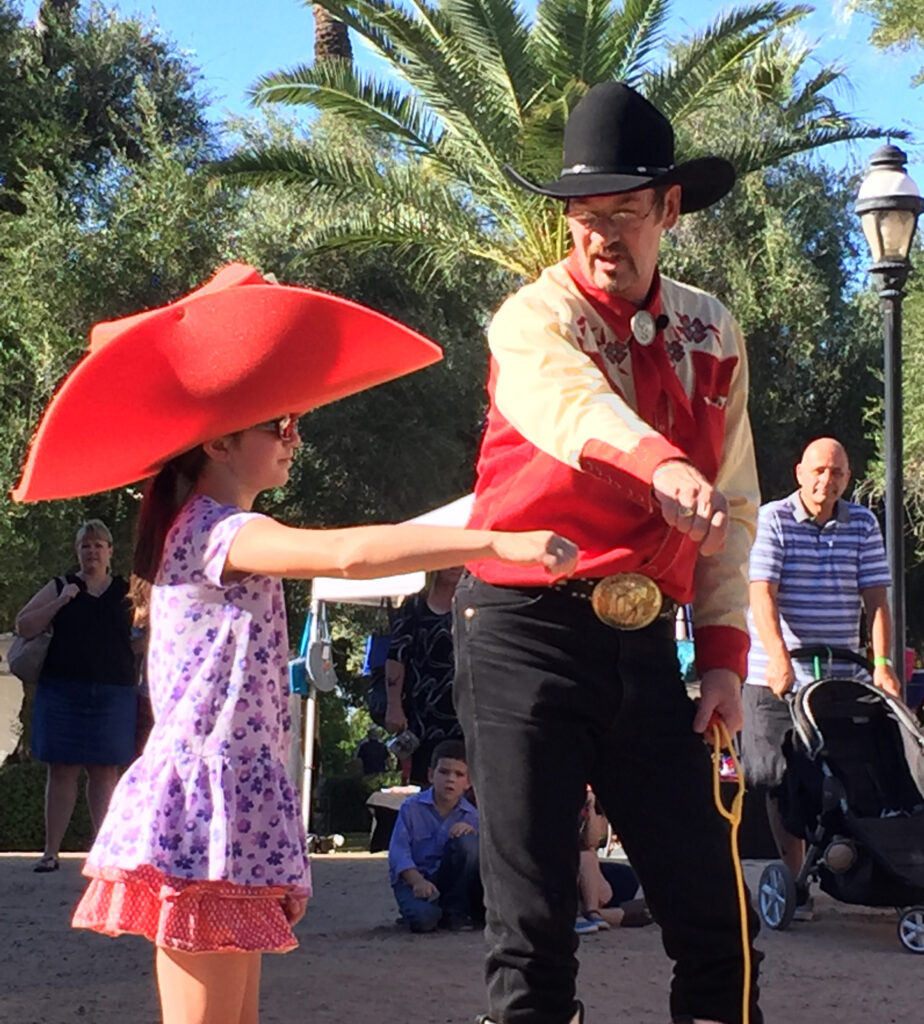 She was giggly and nervous as to what a man with all sizes of lassos would do to her in front of hundreds of captivated people. She was to be hog tied so CS gave her a cowbell and big horned felt cap. I think she liked it, she was blushing and sweating and she kinda looked like a little purple cow up there. As CS cracked his whip like a maniac he said, “See now how I’m breaking the sound bearer that’s why it makes the snap so basically you could break the sound barrier on someones skin…OUCH!” I hate towel whips. Violet’s eyes looked frightful and she was getting pushed into this tiny space up there standing on a plastic matt that was supposed to be a wood floor.  CS only wanted Violet on that matt. He was direct and he was in complete control. 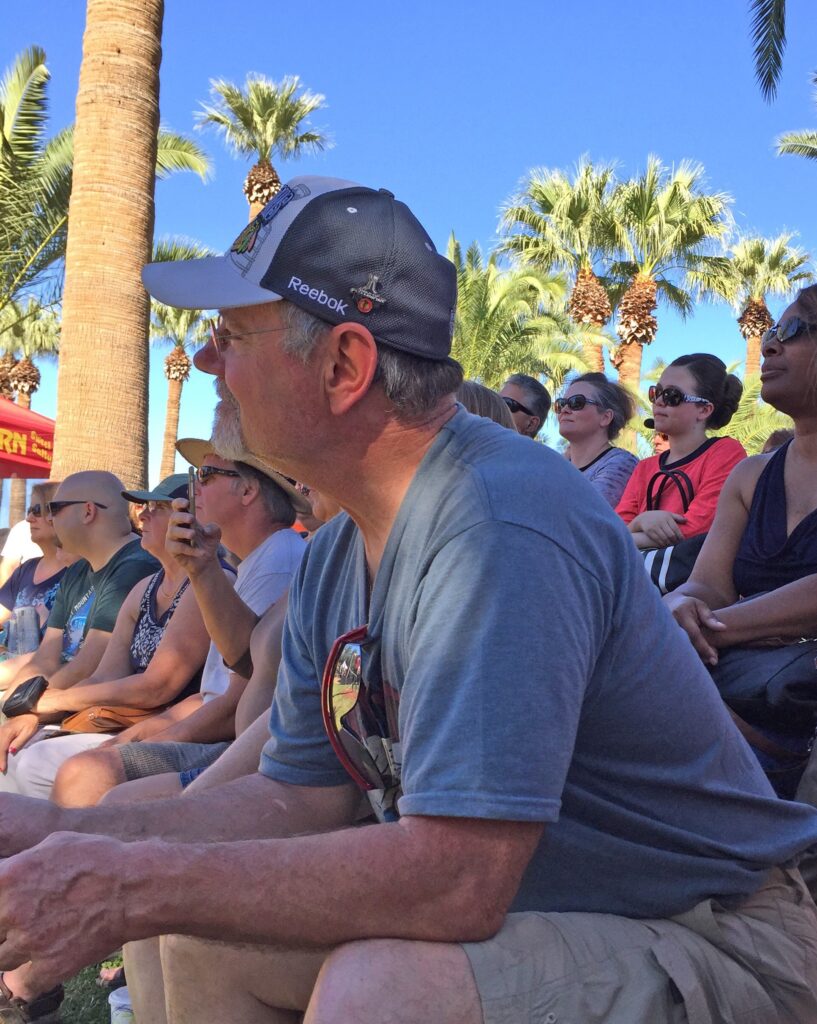 The crowd captivated with every crack became distilled.  Violet’s little quakes were hilarious.  She survived the whips so CS got out the ropes and asked her to put her arm out straight, well she put it at an angle and gave him a little sideways glance like, “Why don’t you make me!” “Put your arm straight now!” CS shouted. Violet gave CS this look like, REALLY? Giggles were spilling from the crowd. Standing about 20 feet from the purple haired cow bell ringing Violet, the trick roper wrapped the end of the rope around her ankle and then again to form a slip knot. Every victorious knot around her ankle or wrist gave Violet’s face a deeper wrinkle. Violet knew what was coming, with two more slip knots she would be tied down. Her fingers were circled skyward and the crown of horns was tilted on her head as she daintily bounced around. CS missed his toss. He was getting annoyed with her. In the end she turned out to be captivating and amusing.

Later, out of the corner of my eye during the Pistol Packin’ Paula Show I caught a glimpse of the adorable girl with glasses twirling her rope like nobody’s business. 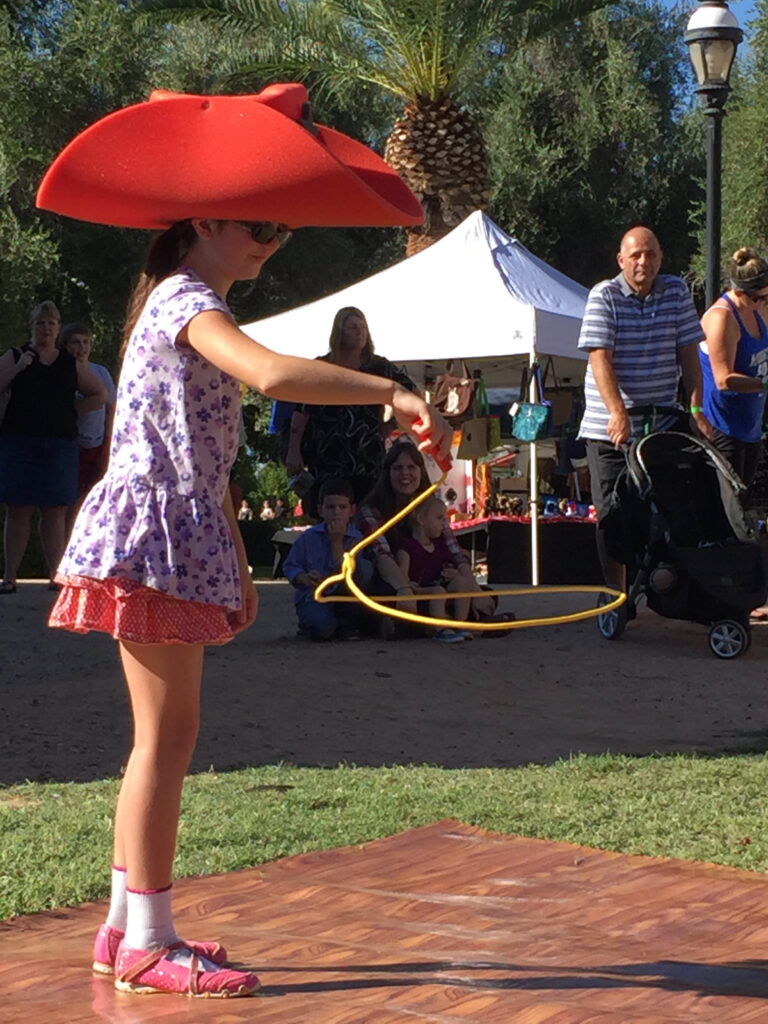